“The Future Memory Foundation seeks to conserve and present the history of Nazi crimes and the Holocaust in the service of education and reflection on the past, present, and future of the human condition. We believe that now that we are entering the post witness era we have to resort to advanced technologies such as Virtual and Augmented Reality to make the sites themselves become the portal to the historical sources. This approach is based in a scientifically grounded view of human memory and experience” Manifesto Saving the Past Shaping the Future

Saving the Past – Shaping the Future
The Future Memory foundation is an initiative to preserve, present and project the history of Nazi crimes and the Holocaus

t through the sites of the European landscape of terror. Read more on our mission statement here.

The Falstad center is one of the seven national human rights centers in Norway and it is a museum, a memorial and educational center where activities on human rights and democracy based upon its history as prison camp from World War II are offered every year to thousands of students ranging from 15-18 years.

“The SS Strafgefangenenlager Falstad was established in 1941, and until liberation on seven May 1945, more than 4300 political prisoners, Jews, Soviet and Yugoslavian slave laborers were imprisoned at what was the only SS operated camp in Norway. More than 200 prisoners were executed in the Falstad forest, located 1 km from the campsite. Before the establishment of the Strafgefangenenlager in 1941, the main building was a reformative school for boys, including a special facility for convicted youth. Immediately after the liberation, the Innherrad collaborator camp was established at Falstad, with over 3000 convicted collaborators serving their sentence in the same buildings that once housed the prisoners of the Nazi regime.” read more here

As members of the EU-funded HERA research project IC_ACCESS: Inclusive strategies for European conflicted pasts, the Falstad center, and the SPECS research group, at the Institute of Science and Technology IBEC) agreed to jointly develop the Future Memory App of SS Strafgefangenenlager Falstad 1945, targeted towards students, visitors and educational programs as well as museum visitors to the memorial. In addition, Eodyne Systems s.l. took charge of the technical realization of the FMA which was launched in the summer 2018 and used daily ever since.

In January 2019 the immersive future memory installation presenting the history of the Bergen Belsen concentration camp was opened in the Hollandsche Schouwburg in Amsterdam the Netherlands. The content of the exhibition was co-developed with the Jewish Historical Museum of Amsterdam and the Bergen Belsen Memorial. It is part of three installations that serve as an initial test for the Dutch National Holocaust Museum to be opened in 2020. The Hollandsche Schouwburg was used in 1942 and 1943 by the German occupiers of the Netherlands as a deportation center for about 70000 Jews of which only a few thousand have returned in 1945.

As part of the European research project iC-ACCESS, the Jasenovac Memorial, in collaboration with the SPECS-lab has developed a virtual reconstruction of the former Ustasha concentration camp and killing site “Jasenovac III Brickworks”. Of this camp, originally a brick factory on the side of the Sava river that today divides Croatia and Bosnia-Herzegovina, no ruins or other historical traces remain, other than the memorial landscape designed and placed in the 1960ies. 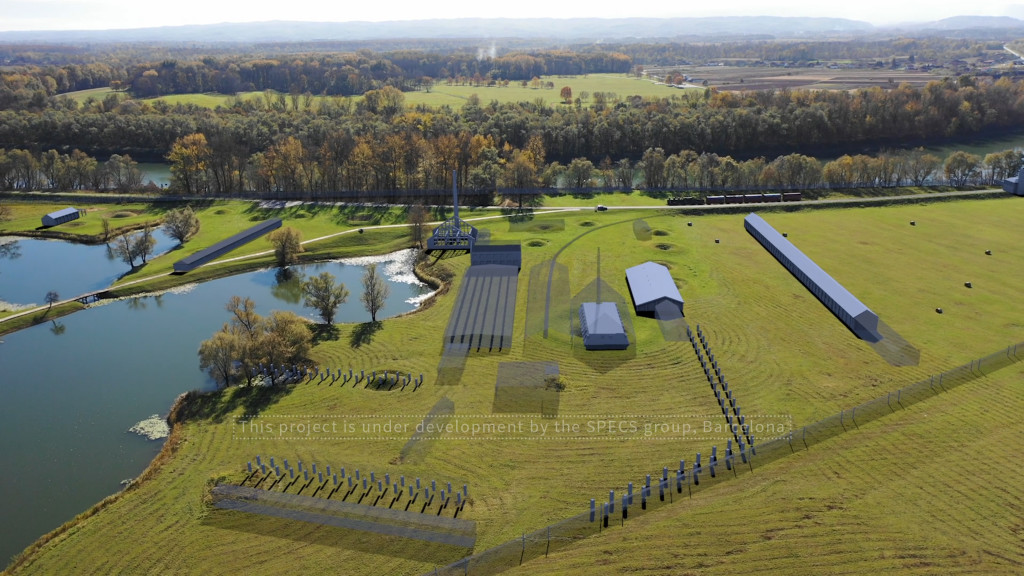 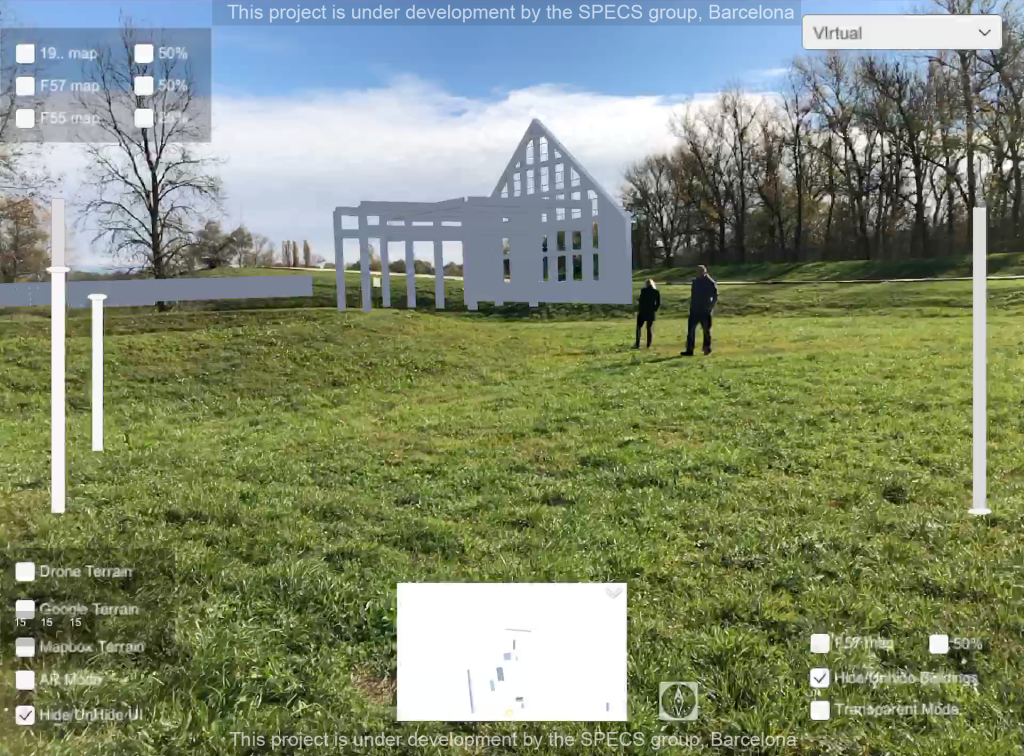 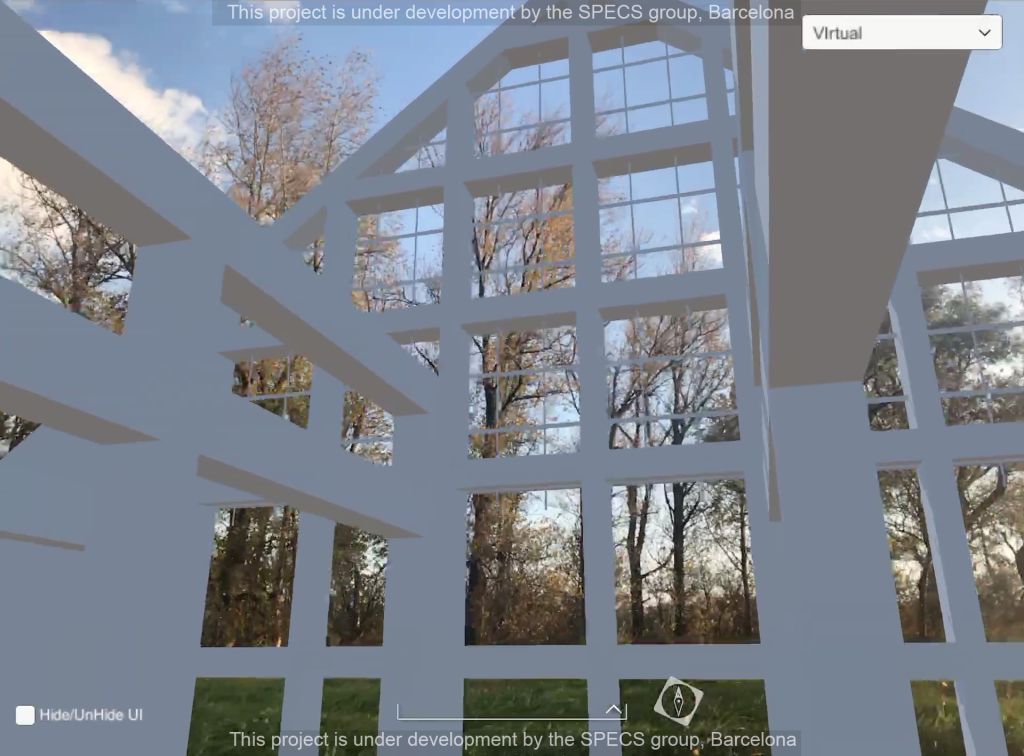 The virtual reconstruction is interpreted from historical data provided by several research institutional sources and historians in Croatia, Bosnia, Serbia and others.”

The Future Memory app for the Falstad memorial was launched in June 2018. It presents the visitor with a virtual reconstruction of the former concentration camp together with a multi-modal presentation of its history and the experiences of its prisoners. The app provides high levels of graphical details and also the ability to enter the virtual buildings and comprises phase one of a longer collaboration.

2015. The Virtual Reality Reconstruction of the Bergen Belsen camp:

The installation is opened to the public at the Wiener Library, London. April – October 2015