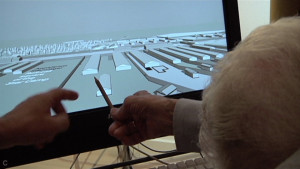 The Future Memory approach is in use on the campgrounds and its museum since 2012. In May 2015, 70 years after Bergen-Belsen camp was destroyed, the FutureMemory interactive 3D reconstruction of the Bergen Belsen concentration camp went on display at the Wiener Library in London, the oldest archive documenting the Holocaust. The installation will be operational until October 2015.